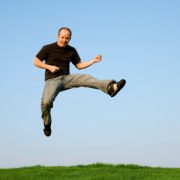 In March 2012, I reached out to a prospect, we engaged and he gave me a verbal commitment to move forward.

(Yes, I know that verbal commitments mean nothing legally, and yes he was the decision maker.)

Later that July, the prospect changed his mind and said they were moving forward with another company, explained his reasoning and I closed his file.

In March 2014, I was clearing my Salesforce.com and cleaning up data and reached out again to the same prospect. He responded that it was good timing to engage again. We spoke several times and and ultimately, they didn’t move forward with us. I decided to let things go and move on.

Several months later, this prospect reached out to me via LinkedIn email and wanted to restart conversations. This was him reaching out to me.

We had more discussions and he introduced me to his Director who would be heading up this initiative.

Long story short, he waffled and I may not have done a good job of building trust or value.

I finally emailed the CEO and said I won’t be pursuing him anymore as a client. I gently reminded him that he reached out to me to get moving on the project. I left the door open that when he was serious enough to talk, that I’d love to have him as a client.

I haven’t heard back from him since. Not sure what his motive was for restarting talks. Perhaps other priorities and not enough time.

Sales reps and producers: it’s okay to fire a prospect. Call them out when they are stalling and won’t give you a reason why things keep dragging out. Be bold but be polite and respectful. No need to have false hope on landing new clients if the prospect has no intention of hiring you. It will save you a lot of emotional energy and time.

You can always make more money. You can never reclaim your time. Get honest with yourself on your sales pipeline. If in doubt, call the prospect and get their intentions and decision on moving forward or not. Lots of prospects and people are conflict avoiders. Don’t keep a lot of sales prospects in your sales funnel if they have no intention of doing business with you. 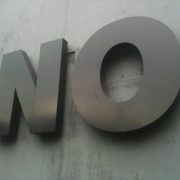 I work out at the gym 5 days week. Unfortunately I don’t eat healthy as consistently as I should and it neutralizes my workouts but such is life.

I see this gal in her 40’s who’s married with 2 kids working out quite a bit at the gym. She’s in shape and always seems to have a smile on her face. We exchange short conversations and pleasantries from time to time.

Last week I asked how her family was doing. She said her husband wasn’t doing too good. I asked if she meant physically or emotionally. She said both and told me that her husband was going through chemo treatments. I expressed my condolences and told her I’d be praying for him and the family.

How does this relate to sales and prospecting?

You never know what’s going on in your sales prospect’s lives. Both personally and professionally.

Professionally: Is the company merging with another one (Comcast)? Is the company going out of business (Radio Shack)? Did the prospect’s boss yell at them this morning? Was there a critical client issue that came up that day? Did they just lose a key person? Are they moving offices soon? Did they lose a big account that day?

Personally: Did a family member just pass away? Are they going through a divorce? Did they get in a car wreck recently? Did they wake up on the wrong side of the bed? Did their pet just pass away?

I could go on and on but I hope you catch my drift.

When you reach out to someone on the phone, you don’t know what they’re going through. Don’t take it personally if someone tells you “No” or “No interested” and hang up on you. Move on and try back another time.

Just like the gal from the gym, you never “know”, so don’t take “no” personally. 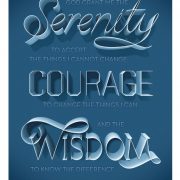 I’m sure you’ve read or seen the Serenity Prayer many times in your lifetime:

“God, grant me the serenity to accept the things I cannot change,

The courage to change the things I can,

And the wisdom to know the difference.”

I was reading an article and came across this prayer again. It started making me think in the area of sales prospecting and cold calls.

I may not be able to control the results fully but I choose to be responsible for what’s in my control.

I recently was referred to a VP of Sales for a technology company based in Iowa but had a local presence here in Kansas City.

There have been several clients I’ve never met in person before.

This was different. We chatted by phone, had lunch when he was in town and exchanged several emails and his name and signature were in his emails.

I placed a “K” instead of a “G” in his last name and emailed over the proposal.

He noticed it immediately just like I would if someone misspelled my name. He pointed it out and fairly asked if he should be concerned about my question to detail.

Ironically I’m really good with remembering names and spellings. I blew this time.

I apologized profusely and corrected it and he signed up to become a client.

2 takeaways which I know I’m stating the obvious:

1. Take extra time and proofread and double check every proposal that goes out.

2. When you make a mistake, apologize profusely and immediately.

Thankfully he was gracious enough to point it out and not let my mistake kill the deal.

No matter how long we’ve been in sales, it’s the little things that count and make the difference.