A few years ago I bought a brand new Toyota RAV4 which came up with an optional subscription for satellite radio. I won’t say who the company was but it rhymes with “curious”.

I tend to keep the radio off in my car to think and clear my head but do like commercial free radio as well. Especially the 80’s music since that’s when I grew up.

Every September is renewal time. Like many other companies out there, if I wait long enough and ignore multiple calls and emails to renew, I know the price will come down.

The yearly subscription fee was $231.05. Would I probably renew at that price? Yes.

So the company left me message and I finally called them back. I told the customer service rep the price was too high. She immediately dropped the price to $131.05.

I hesitated and said simply, “That still sounds too high.”

She responded and said that she’d like to put me on hold and talk to a manager. I said that was fine. She got back on the phone a few minutes later and said they could do it for $104 and change. I agreed and renewed for another year.

I’m in sales and typically have some sympathy for other sales reps. Again I probably would have renewed for the full price.

People are conditioned to ask for discounts. Nothing wrong with it.

BUT, you don’t have to say yes. The prospective client may feel they have nothing to lose by asking for a discount. Or they want to make sure they’re getting your best pricing. So they ask for a discount but will invest or purchase what you have regardless.

Maybe the customer service rep should have asked me, “What did you have in mind?” and put the ball back in my court. She handled the call well by the way.

Moral of the story: Ask and you may receive. If you don’t ask, you’ll never know. 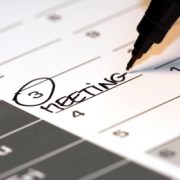 The answer is of course, it depends!

I’ve interviewed candidates for Connect 5000 recently since we are slowly expanding and growing.

When I chat with sales candidates, I ask them how many sales calls were they required to make in their previous job. Their answer: 100 a day.

There’s something about the number “100”. But I digress. END_OF_DOCUMENT_TOKEN_TO_BE_REPLACED 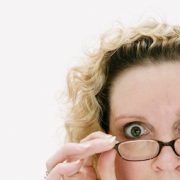 According to RainToday.com, about 50% of sales people won’t prospect. That’s the research. Even worse, the percentage of consultants who won’t prospect is even higher.1

At Connect 5000, we firmly believe and tell our clients and prospects that on average, it takes between seven and 10 touches to get your message to sink in. There’s a reason why Coca-Cola keeps playing commercials over and over on television.

The research clearly shows that sales reps make less than two call attempts and then give up. If you are looking for a firm to do the dirty work behind the scenes and make quality touches and calls, then we might be a good fit for you.