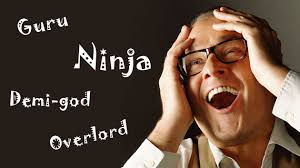 At Connect 5000, we use Salesforce.com as our CRM. I’ve been going through the CRM and have been purging executives no longer at their prospective company, companies who’ve gotten acquired or who are no longer in business, etc.

It’s interesting how many people I’ve eliminated from Salesforce.com.

I came across this company who I reached out to a while back. I called the VP of Business Development and we chatted several times and eventually he said our service was not a priority. I assumed incorrectly that he had authority and influence to make decisions.

I noticed this week via LinkedIn he was no longer with his company and had moved on. So I decided to call the Sales VP and caught him on his cell phone. I explained why I called and asked if he wanted to re-engage.

The Sales VP told me that this person was only a sales rep and had no authority to hire someone like us. I told the Sales VP that his ex-employee told me his sales revenue was X and that they were trying to grow their pipeline by Y%.

The Sales VP said that the guy didn’t have access to company numbers and that his figures were way off.

Moral of the blog: just because someone has a fancy title doesn’t mean he has authority or influence to make decisions.

When you go to qualify prospects, here are 2 questions you can ask them:

“Besides yourself, who are the key people involved in making a decision on this?”

(Later on if he or she says she needs to ask someone for approval, you can call them out on their lie.)

“Mr. Prospect, I know you can tell me “no” offering at any time. But can you say “yes”without getting approval from someone else?”

This will help qualify your prospects to ensure you’re talking to the right person.

Does it work every time? Does anything?

Price vs. Time Saved: A Tale of Dry Cleaning