Blog - Latest News
You are here: Home1 / Lead Generation2 / How Paying Attention To A LinkedIn Connection Led To New Client 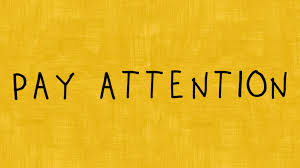 In December 2016, I reached out to the CEO of a technology company here in the Kansas City metro.

I sent him a creative marketing box from the Little Book That Sells.

Here’s the link to the past blog post I wrote on it: https://www.connect5000.com/another-creative-lead-generation-idea-to-get-into-targeted-companies/

Then the VP of Marketing connected me to one of her direct reports.

The direct report and I had a few conversations by phone but the end result was a no.

No problem. That happens all the time.

I’m a big advocate and fan of LinkedIn. A few weeks ago, I noticed that this direct report was no longer with the company. She had moved on to another position which is typical.

So I found the previous email exchange with the Marketing VP, reached back out and set up a time to meet in person.

We discussed their needs and they were open to using us.

Long story short, we came to an agreement and we both signed off on a proposal.

Moral of the story: pay attention to your LinkedIn feed. The prospect who told you “No” may no longer be with that particular company and you may be able to get back in the door and get a “Yes”.