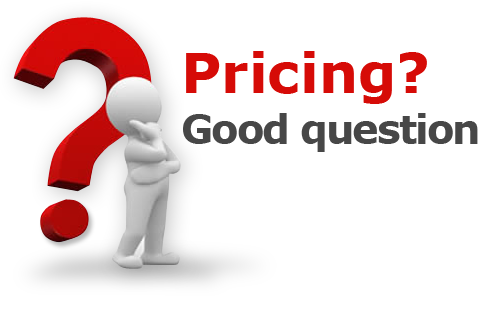 When companies inquire about our services, they sometimes ask if Connect 5000 gets compensated by the sales meeting or on a monthly retainer.

There’s a formidable competitor of mine out on the East Coast who charges by the appointment. I believe like $700 a meeting. There’s no upfront fees and they only get paid if it’s a “qualified” meeting.

Advantage to the client: no upfront or monthly fees.

Disadvantage: Time spent attending meetings and chasing appointments to determine if they are “qualified” or not.

If a company is getting paid by qualified by appointment only, it means they’re essentially working 100% commission. By the way, I’ve personally worked 100% commission in my career twice.

A long time ago, I worked for kitchen and bath company that was acquired by Home Depot before the recession. I got paid between 7.5% – 10% of the sale. I doubled my income from the previous year and truly learned to sell. The upside is that there’s no income cap but the downside is that if you don’t sell, you don’t eat. Plus you spend all your time, gas, and energy with no guarantee.

For a software company, I went from salary plus commission to straight commission. I was paid 13% of whatever I sold.

I’ve landed a couple of clients who used this company and what they told me is this: They money they saved upfront cost them dearly in time attending all these meetings to see if they were qualified or not.

Apparently the other company set up a bunch of meetings and essentially “threw mud on the wall to see what would stick”.

You can always go out and make more money. You can never retrieve your time.

If a sales rep is only getting paid on appointments and he or she hasn’t set one in a week or two, they may start to get desperate which a client can sense immediately.

It’s like the guy in the bar who hasn’t gone on a date in 6 months, who reeks of desperation and the women he’s pursuing sees it right away.

A recent study by the Aberdeen Research Group on the B2B Teleservices industry demonstrated that pay-per-lead approaches produced far fewer qualified leads, had a far lower ROI, and failed in the vast majority of cases. You can buy the study for around $5,000 – about the same amount as a decent pilot program, by the way.

What kind of a business model is it where you might disagree about whether a lead is qualified or not?

Do you really want to be debating every lead? And what if you win the argument?

What do you think the vendor is going to do the next time?

Keep generating leads that you’re going to argue about? I wouldn’t bet on it.

The other thing I’d like to mention is that your time is worth something. Nothing works 100% of the time with sales, marketing, or advertising. We don’t make guarantees at Connect 5000 just to tell our potential clients what they want to hear.

Mutual funds have the disclaimer “past performance does not predict future performance”.

If you spend $3M on a 30 second commercial for the Super Bowl and it bombs, they don’t issue refunds. (See Groupon’s commercial from a recent Super Bowl.)

In December 2011, a consulting firm based in Dallas, hired us to run a call campaign for them. They had an existing practice but were trying to build a new practice and only had 2 clients which they landed through referral. It was new cloud technology and not only did they have to sell, they had to educate their audience as well. They hadn’t brought on a new client by reaching out to them out of the blue.

So there are many factors and reasons why a call campaign works or not. But your time is worth something.

Most companies are pretty good at selling to existing clients, but establishing an initial meeting with a C-Level decision maker in a new account is very difficult. Do you agree?

Client Testimonial Versus Self Promoting
Scroll to top