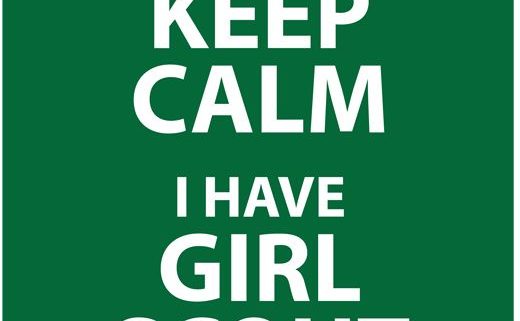 (This blog post is geared towards companies who sell B2C or sell multiple products or services at a low to middle price point in the B2B space.)

My daughter, who is in 1st grade, joined Brownies this year and started selling Girl Scout Cookies for her troop.

We had a late start on sales so I gave her some suggestions on whom to call.

I texted several friends of mine in advance and asked them if it was okay if she called them and that they were fully free to say no and tell her no as well if they weren’t interested in purchasing cookies.

Several friends gave the go ahead for my daughter to call them. I want my daughter to learn how to communicate with adults, especially by phone, which I think is crucial. I also wanted her to experience rejection at a young age. Getting told “No” is okay and better to learn rejection now, than for the first time at 18 years old. Finally, I wanted her to get good at asking people for orders and be direct, rather than prance around the issue.

So my daughter made sales calls while I sat there and listened and critiqued her. She ended up selling 44 boxes or so in less than 2 hours.

One thing I did NOT coach her on was this: After she wrote down the order, she asked on her own as she was getting to hang up: “Do you want anything else?”

I was one proud Dad! I didn’t teach or coach her on this phrase at all. I don’t think my daughter realized she was upselling.

If you sell multiple products or services, this is a perfect question to ask, assuming you’ve built trust and credibility. Plus, it’s better than asking, “Hey, do you want fries with that?”

“Do you want anything else?” is a great ending question for salespeople to ask once they receive an initial order. Happy selling folks!

Turnover: Another reason to keep your sales pipeline full!
Scroll to top