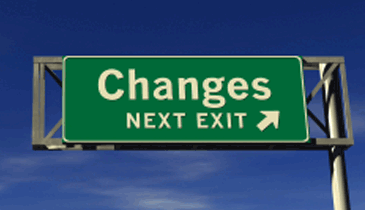 I reached out to the CEO of a technology firm based in Ohio. We chatted and she said there were some organizational changes going on internally. She planned to hire a new Sales Vice President who may use past resources for lead generation.

She said to follow up down the road which I did. I reached out to her and she emailed the new Sales Vice President and me.

To make a long story short, I engaged with the new executive and he recently became a new client of mine.

1. Follow up. Follow up. Follow up. Some reps may have closed the file and moved on not believing the CEO. What the CEO said was legitimate. Why hire a lead generation firm when there’s no Sales VP? I had no reason not to believe her. I was at a networking event and met an executive assistant who was unemployed. I told her to email me her resume and schedule an interview. She emailed me her resume and I emailed her right back within 15 minutes to schedule an interview. I never heard back.

Woody Allen said it best: Eighty percent of success is showing up.

2. Even though the CEO said not right now, because we followed up with her, we now had an introduction and advocate to hear us out when the new Sales VP arrived. Cold calling and prospecting isn’t exactly fun and games all the time. When you can snag an introduction, all the better. I know I’m stating the obvious but too often we miss this.

There will be many times when a firm needs your product or service but due to internal executive changes going on, they realistically can’t entertain these conversations until things settle down. Fill your pipeline so full that you aren’t reliant on a prospect or two to make your sales quota.

My Guest Post From The Rainmakers Jigsaw Conference
Scroll to top