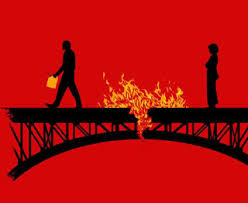 Happy Easter everyone! I hope you had a great holiday.

I keep in touch with people I work with, both clients Connect 5000 has partnered with as well as people I’ve hired to work for Connect 5000.

A few years ago, I was the acting director of sales for a software company in California. We parted ways in 2014 and I kept in touch with a few of their staff after working together for about 9 months.

One gal, who was a solid inside sales rep, left the company and we kept in touch from time to time.

This past February, the timing was perfect and I hired her to work for me at Connect 5000. She accepted the offer, signed the offer letter and she was to start the following Monday. Long story short, she called me a few hours later and said that another company she had interviewed with, finally called her back and that she wouldn’t be working for me after all because it was a better fit for her.

I was mildly disappointed, to say the least, and we talked by phone and she explained her reasoning. I understood and I’d be lying if I didn’t admit I wasn’t irritated after our conversation ended.

A few hours later after I had time to think about things, I texted and emailed her and wished her the best of success. I wasn’t sure if I’d hear from her anytime soon.

A few months later, she reached out to me. She was with another start up and they needed some sales consulting and advice. She introduced me to her CEO. After a few conversations between the 3 of us, the company hired me to consult with them and I’m working with my old associate, but in a different way I didn’t expect.

I know I’m stating the obvious but if you make an offer to someone you’ve interviewed and they turn it down for whatever reason, it’s okay to be hurt, disappointed or even angry. Just don’t stay there. Wish them well and move on. You never know where they are going to land and if you end things on a positive note, it could provide additional revenue opportunities for you and your company.