Blog - Latest News
You are here: Home1 / Cold Calls2 / What does running for city council have to do with sales? 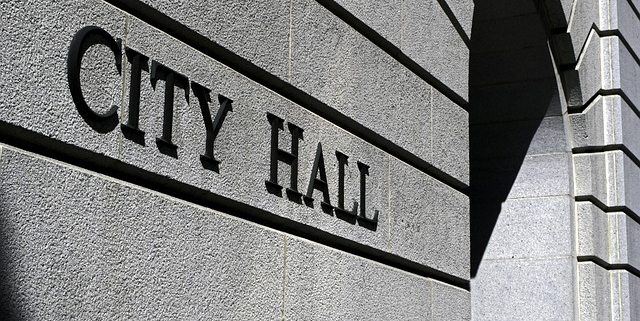 It’s been a few months since I last blogged so here goes.

I live in the Kansas City metro. I specifically live in Mission, Kansas. Kansas City is a collection of several cities on both sides of Kansas and Missouri. The Missouri border from my home is just a few miles away.

The population of Mission is roughly 10,000 people or so.  Four years ago, an open city council position came up, I applied and interviewed and they chose someone else. There are 4 wards in my city with 2 representatives each. It was a good experience and I put it behind me and moved on.

Fast forward a few years later. I had lunch with the former mayor of Mission who served 3 terms and was running for another public position and we caught up over a meal and I asked how things were going. She lives in my neighborhood and our dogs play together quite often. This past spring, we caught up again and she asked if I considered running for City Council. I said no and it was out of sight and out of mind.

We had a few more conversations about the open position and right before the deadline, I filed with the election office, paid my $25, and became an official candidate for City Council. I’ll spare you the boring details of elections and politics, but I want to share with you 3 quick lessons that tie into sales and lead generation.

Tap into YOUR circles of influence and don’t try and do it all yourself. What I mean by that is this: After I threw my hat in the ring, I connected with past and present city council members, mayors, influential citizens and let them sing my praises and endorse me. Me tooting my own horn = self-indulgent. Others tooting my horn = solid testimonials and referrals. These people know others I didn’t know personally and it helps to get the word out.

Target your profile audience ruthlessly well. I obtained a list of registered voters and combed through it. I was able to see their basic contact information and more importantly IF they voted or not in the past several elections. I’ve been sending out direct mail, placing signs in people’s yards, etc., and wanted to target ACTIVE voters. It didn’t matter if they were the same affiliation as me. What I cared about is, have they voted in the past 4 recent elections? That eliminated several folks to reach out to. I understand that national elections get the most sizzle and attention, and local elections are not high turnout elections. In sales, targeting correctly is half the battle. Don’t waste your time on prospects who aren’t a fit for you.

Perception is a reality to a certain extent. I ordered 100 signs and have placed them strategically throughout my ward and city. Yes, I had permission to place signs in my neighbor’s yard, but I also connected with friends and people who DON’T live in my ward, can’t vote for me, BUT live in high traffic areas. For example, my friend Nick lives across from a large park with lots of walkers and people driving by. I placed two in his yard. I also approached businesses I frequent that have high traffic and placed them in their work area. For companies and sales executives, pick the RIGHT channels that make sense and be there. Don’t be on every social media channel. Go to the places where your target audience is. I’ve gotten calls from old friends out of the blue who keep saying they see my signs everywhere. Everywhere is relative and I appreciate the sentiment. Have a good website, solid LinkedIn profile, and channels that fit YOUR situation.

Normally I don’t mix business and politics but there are similar principles that overlap between sales and politics. At the end of the day, all elections are sales contests and it’s our job to convince the voters to choose us.

My platform I’m running on? Common sense at the local city level.

(Image by Kevin Norris from Pixabay)