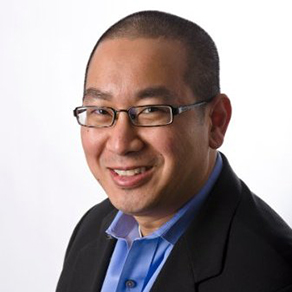 Hi! I’m Ray Ruecker with Connect 5000 and want to thank you for taking time to visit our website and blog. I’m the Managing Director for a boutique C-Level scheduling, training, and assessment firm based in Kansas City. We specialize in connecting Fortune 5000 decision makers with technology and consulting companies with high average sales.

According to Wikipedia, as of February 16, 2011, there are over 156 MILLION public blogs in existence! Wow! And that figure was well over a year ago. I wonder how many actually get read by a decent sized audience. I hope that my content is worthy enough to get read by many people.

First of all, a little background on me:

I was born in Saigon, Vietnam in 1973 (Do the math and I’m 38 years old.) and adopted at the age of 1 to my parents who were living in Fullerton, California at the time. When I chat with folks across the United States, they assume before meeting me or seeing a picture of me that I’m a tall white male because of my deep voice.

My parents had 2 biological children of their own, couldn’t have more so they went on an adoption spree. We moved from California to Amarillo, Texas, then to Bartlesville, Oklahoma, and then to Topeka, Kansas where I eventually grew up.

I lived in Silver Lake, which is about 7 miles north of Topeka. It’s still a small town with no traffic lights. My graduating high school class was 53.

After high school, I attended Washburn University and graduated in 5 years. I started out as an Accounting major until I scored a 33% on my first test in Intermediate Financial Accounting. And that’s with the curve. I switched to Marketing and received my Management degree as well.

After college I thought about law school or getting my MBA. Through a chance happening, I moved to Washington, DC and worked out there for 3 years. I moved to Kansas City in July 2000 to be closer to my parents in family.

Throughout my life, I’ve been nicknamed “The Resource” because I connected people professionally, personally, and even spiritually. For example, I’ve set up 5 couples and 3 of them ended getting married. If I personally couldn’t help someone, I always knew someone who did and would connect people in various ways.

In 2005, I was the Vice President of Sales for a software company in Lenexa, KS. We essentially sold software, service, and training and 90% of it was sold via the phone and Internet. I rarely met people face to face. Sales are tough enough in person. Having to do the majority of by phone and virtually makes it even harder. I was good at it and I helped grow revenue by 156%. Unfortunately, the Chief Operating Officer and I didn’t get along and I left the organization.

A friend and mentor at the time asked if I had ever thought about starting my own company. I quickly told him no. He told of his friend who had a lead generation company in South Carolina. I interviewed around and had an offer and ended up declining it. My wife and I at the time were debt free except the house, had no children, and I thought the timing won’t get any better than this.

So in August 2006, I became a small business owner and have never looked back since. I enjoy owning my own consulting services firm and am continually developing my entrepreneurial skills.